Weed (cannabis, marijuana) is one of the most frequently used recreational drugs worldwide. Its main psychoactive properties come from the principal compound, THC (tetrahydrocannabinol) which produces euphoria, a sense of relaxation, and increased appetite.

Regular weed use has been associated with the development of tolerance, dependence, addiction, and withdrawals on abrupt discontinuance with varying degrees of intensity by user.

Beginning the first day of cessation and lasting 28 days or more, the most commonly recognized symptoms of weed withdrawals are: 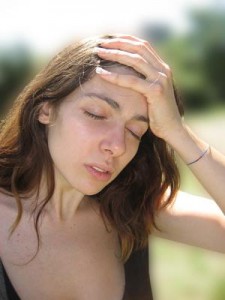 One of the main contributing factors to the severity and variances of weed withdrawal symptoms has to do with the varying potency levels of the THC. Every cannabis plant has a unique strain of cannabinoid combinations that act on different receptors in the brain. Research studies have shown that concentrations of THC and other cannabinoids often have different levels of potency within a single plant. According to the National Institute on Drug Abuse, “In 2012, THC concentrations in marijuana averaged close to 15 percent, compared to around 4 percent in the 1980’s.”

Varying Methods of Use

Traditional uses of weed are by smoking the flowering buds, dried leaves, or hashish oil extracted from the cannabis plant, although modern uses involve other ways of ingestion such as vaporization, oral formulations, and food or drink beverages made with cannabis mixtures.

With the increased access to a variety of marijuana sources, studies have concluded that along with the many other external factors, the withdrawal effects of weed use are unpredictable in any one person because every user’s history is significantly different from the next.

Age of Onset to Regular Use

Marijuana use is rising among adolescents perhaps because they perceive its use as less harmful than other drugs. The fact is that cannabis use can significantly alter brain developments during adolescent years and it has been associated with higher rates of depression and marked significance in cognitive deficits with regular use.

Adolescents may be more likely to develop emotional and behavioral symptoms and many who enter treatment may be diagnosed with personality disorders due to disruptive or maladaptive social behaviors.

Because THC is stored in bodily fat tissues and released gradually, withdrawals may be insignificant or only mildly noticeable in some users although, the duration of symptoms may last weeks or longer. Cannabis withdrawal is recognized in the 2013 Diagnostic and Statistical Manual of Mental Disorders, Fifth Edition (DSM-5) although it was not in the DSM-IV because of doubts about its clinical significance.