How Long Does Marijuana Withdrawal Last?

It is important to remember that, like all other drugs, dependence on marijuana can occur over a different amount of time for different types of people. The same is true for the course of marijuana withdrawal. Generally, it will last anywhere from a few days to a week or so. The NCBI discusses the withdrawal period for a female marijuana smoker in a controlled study. For her, “the abstinence syndrome began 10 hours after cessation of marijuana smoking and last[ed] 96 hours” or 4 days.

Marijuana withdrawal will make a person feel very tense, irritable, and uncomfortable. Because the person is used to the calming and euphoric high that smoking marijuana gives them, the opposite effect will occur where restlessness, anxiety, and irritability seep in. It can be a rather uncomfortable time, psychologically as well as physically.

Someone who abused marijuana will also experience a drop in appetite. This is why it is important for a person who is withdrawing from marijuana to eat regularly, as weight may be lost during this time and the person can endanger their health if not careful.

Can Marijuana Withdrawal Be Compared to Another Type of Withdrawal? 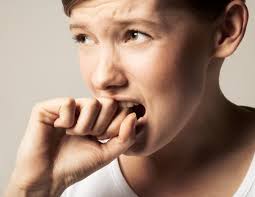 During withdrawal from marijuana you may feel uneasy and not like yourself. These feelings will pass!

People who experience nicotine withdrawal after they stop smoking regular cigarettes also experience cravings that can last for a long time. But the symptoms of withdrawal usually last from “a few days to a couple of weeks,” similar to marijuana withdrawal.

Marijuana withdrawal can be more intense than people sometimes realize. While heavy, chronic users may begin to exhibit signs of depression, many users experience insomnia, anxiousness, and irritability. It can feel very uncomfortable and, sometimes, even “distressing enough for the person trying to stop smoking marijuana to start using again” (NCPIC). Marijuana is an addictive drug, and its withdrawal symptoms can make a person go back to it. Those who are going through marijuana withdrawal should receive as much support and help as possible, as it is not easy.