Marijuana withdrawal is a concept which has often been scrutinized. Does it exist and how much weed does a person have to smoke to experience it are two of the questions often asked about this issue. Whether you are a recreational user or a chronic marijuana smoker, it is important to understand the effects of marijuana withdrawal.

Yes. According to the NIDA, “long-term marijuana users trying to quit report withdrawal symptoms” just as many other drug users do. There has been a recent push toward the concept that marijuana is a relatively safe drug to use occasionally. However, it still has its habit-forming, dependence-causing tendencies, just like many other recreationally abused drugs. Those who smoke marijuana chronically are the ones in danger of experiencing marijuana withdrawal.

The NCJRS states that “the criteria for substance dependence include tolerance… withdrawal symptoms, using a drug even in the presence of adverse effects, and giving up on social, occupational, or recreational activities because of substance abuse.” Marijuana has been known to cause all of these issues, especially for chronic or long-time abusers. While marijuana withdrawal does exist, it is usually a sign of marijuana addiction as well as dependence.

What are the Symptoms of Marijuana Withdrawal? 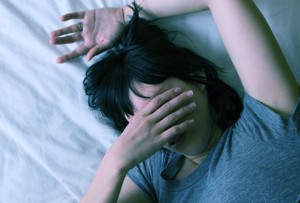 The DOJ states the withdrawal symptoms which occur after “chronic use of high doses of marijuana.” They are:

All of these symptoms may occur after a long-term marijuana user quits the drug. While someone who has been abusing marijuana for a long time will likely become dependent, marijuana can cause cravings too which is a sign of addiction as well as dependence. Because marijuana is a drug that is often abused, many users who experience withdrawal will also experience cravings.

What Should I Do If I Experience Marijuana Withdrawal?

Here are some of the actions you should consider taking if you experience withdrawal from marijuana.

You may also want to consider marijuana detox. At a detox facility, you can be put on medications which help control your cravings and your withdrawal symptoms. You should also consider marijuana detox if your use of the drug is beginning to cause problems in your life. Many of these facilities also offer behavioral treatments and therapies which help set up the path for recovery. If you have become addicted to marijuana and realize that it is hurting you, begin your recovery with marijuana detox and continue into marijuana addiction treatment. Remember, you do not have to go through this alone.