How Marijuana Usage Affects a Person 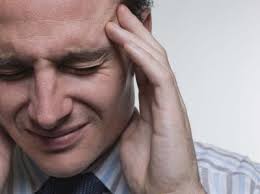 Marijuana has a number of negative behavioral, physical, and psychological side effects.

Marijuana side effects will not be the same for every person, but there are numerous side effects that can occur from a person using marijuana. When smoked, marijuana quickly is absorbed into a person’s blood stream, and the THC found in marijuana begins to affect their cannabinoid receptors.

Cannabinoid receptors are located throughout a person’s brain, but mostly found in the part of the brain that is the reward system. When a person uses marijuana they may experience increased appetite, increased sex drive, or they may feel happier and more relaxed. Adversely, some people feel more anxious and feel more paranoid when using the drug.

When marijuana is in a person’s body their heart rate will increase and they may experience hallucinations or distortions in their senses. According got The National Institute on Drug Abuse, marijuana increases a user’s heart rate by 20-100 percent quickly after smoking. This increase heart rate can last for up to three hours. It has been estimated that a person using marijuana has a 4.8-fold increase in the risk of heart attack within the first hour of smoking the drug.

Although marijuana can be dangerous to a person’s physical health it can also damage their mental and behavioral health as well, causing other problems to occur in their life.

1)     Forgetfulness: Marijuana causes short term memory loss while on the drug, and prolonged use of the drug can lead to a person having difficulty remembering. This can lead to complications in various areas of a person’s life, such as work and relationships.

2)     Lung problems: People who smoke marijuana are more likely to get sick and have respiratory illnesses.

4)     Money: Marijuana cost money and depending on the quality of the drug, it can be very expensive.

5)     Distortion of reality: Marijuana can cause a user’s senses to become impaired and can cause them to experience hallucinations.

7)     Lack of motivation: Marijuana use causes people to become unmotivated which can lead to people experiencing failures in their life more frequently.

8)     Increases chance of heart attack: With every use, marijuana increases a user’s heart rate.

9)     Anxiety and panic attacks: Some users of marijuana have high anxiety or experience panic attacks while using the drug.

10)  Sleep disturbances: Marijuana use can disrupt a person’s sleeping habits.