Marijuana does impair a user’s brain chemicals and the effects of the drug are unpredictable and will vary with each user.  While many do find the effects to be trivial when compared to the dangerous side effects associated with the use of various other street drugs such as heroin or cocaine, downplaying marijuana’s side effects will only lead to further progression of an already serious problem. Although not all of the effects of marijuana are terrible or bad, there are a number of concerns that mount when a user regularly smokes pot including the risk of lung disease, loss of short term memory, heightened anxiety and depression. 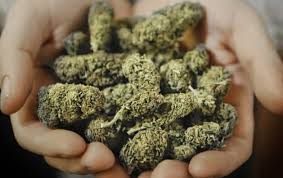 Marijuana has a number of psychological and physical effects.

The effects of marijuana on a user can be extremely different for one person than they are for another, and although many people have pleasant experiences on the drug, some people have the opposite effect.

1)      Euphoria: Marijuana creates a pleasurable warm feeling to flow throughout a person’s body, which is why people use the term ‘high’ when they are smoking the drug because they can feel as though they are care free and floating.

2)      Increased hunger: One of the medical benefits of marijuana is its effect of increasing a user’s hunger. This can significantly help with people who are suffering from eating disorders or people who are sick and have lost their appetite.

11)  Sensitivity to loud sounds: Some user’s experience heightened or impaired senses when they are using the drug.

14)  Fatigue: Heavy users of marijuana tend to become less active and rarely want to participate in strenuous activities when on the drug.

15)  Increased humor: Users of marijuana tend to laugh more and find people or random aspects of life more humorous than they would if they were not under the influence of the drug.

21)  Dissociation: Some users experience a detachment from their body or from their environment.

22)  Decreased sperm count in men: According to a the Foundation for a Drug Free World, marijuana impairs the configuration of sperm cells, which deforms them and causes temporary sterility in men.