15 Overlooked Marijuana Effects on the Body

Once taken, marijuana will affect a person’s brain chemicals and causing him to react to the drug, whether good or bad. Once the drug is in the user’s body, there is no stopping the effects that the drug will have. Most of the effects are initially overlooked or downplayed but as marijuana addiction progresses, symptoms can worsen making it very difficult to quit.

Marijuana is the dried seeds, leaves and stems that come from the Cannabis sativa plant. Marijuana is typically smoked, but can also be taken through drinks or through food. 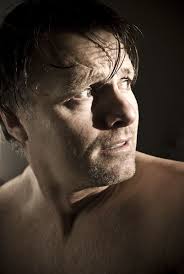 Marijuana causes paranoia and anxiety, along with many other negative effects.

Marijuana is commonly abused by people to receive the drug’s euphoric affect. Marijuana contains a psychoactive chemical called delta-9-tetrahydrocannabinol, better known as THC. When smoked THC quickly enters into a person’s blood stream. Once THC is in a person’s body it will begin to disrupt the individual’s endocannabinoid system.

According to the National Institute on Drug Abuse, in a person’s body, the largest amount of cannabinoid receptors are found in the part of their brain that impacts their memory, their thinking, their concentration, their sensory, their perception and their coordination. When a person abuses marijuana, the drug will begin to over-activate the user’s endocannabinoid system, resulting in the high and other effects that users experience.

Some people form addictions to marijuana and some people learn to function normally with the drug in their system, but in the long run, marijuana abuse can lead to numerous problems and dangers to occur in a user’s life.

1)      Increased heart rate: Marijuana use can cause an unexpected heart attack or heart palpitations to occur because it significantly increases a person’s heart rate.

3)      Increased chances for car accidents: According to the National Institute on Drug Abuse, several studies have concluded that marijuana use doubles a driver’s chance of being in an accident.

6)      Can cause hallucinations: Hallucinations that occur from marijuana can be bad or good.

8)      Damages lungs: The damage marijuana causes to a person’s lungs can result in them having numerous respiratory problems.

9)      Suppresses a person’s immune system: Aside from lung problems, marijuana lessens the strength of a user’s immune system causing them to become more susceptible to getting sick.

11)  Reduced ability to remember important information: This can become an issue in a person’s job, school work and in their relationships.

15)  Slower reactions and loss of coordination: This can become problematic when driving or when trying to operate any type of machinery.