While some may argue that marijuana use is not harmful compared to other drugs, many users have agreed that marijuana does indeed cause effects on the brain, and can lead to a psychological addiction. One of the most important topics that is commonly discussed is marijuana effects on pregnancy. Pregnant women that use it may wonder if marijuana can truly harm their baby. While not as damaging as alcohol or other drugs, studies show that it can still negatively affect the health of the unborn child.

According to the Colorado Department of Public Health and Environment, there is some evidence marijuana use during pregnancy can result in babies with low birth weight, certain birth defects and symptoms similar to fetal alcohol syndrome.

What Are Some Marijuana Effects on Pregnancy 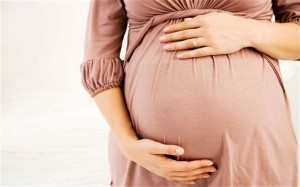 While the debate of marijuana legalization seems to be a never ending battle, the important matter is the unwanted harm it can have on users. Many which may not realize that marijuana may cause health problems, or that it can be addictive. Some women that have at one time been pregnant and used marijuana, understand some of the harm that the drug can have on a child. Some of the effects that are known to possibly affect the unborn baby, the pregnant woman, or the baby when it is born include:

Marijuana use during pregnancy should be avoided. No one may know for certain if all pregnant women that smoke marijuana will experience certain complications during birth, or what other effects it can have on the baby. However, studies have shown that marijuana use while pregnant may present problems during and after pregnancy. For a healthy pregnancy and the best possibility of having a healthy baby, it is best to stay off from using marijuana.

Once a mother decides to breastfeed, and starts-or continues to smoke marijuana, the THC chemical that is found in marijuana can pass into the breast milk. So, when a mother breastfeeds her baby, the THC is also being passed into the baby. This may cause the baby to become unsettled or have disrupted feeding cycles. Therefore, it is important to avoid smoking while breastfeeding. Assuring the baby grows as healthy as possible is the most important choice a mother can make.

Getting Help with Marijuana Dependence While Pregnant

If you or a woman you care about is pregnant, it is vital to understand how marijuana effects on pregnancy can cause certain health problems to the unborn child if the woman does not stop using it. If quitting has become difficult, then help should be sought as early on as possible to make sure that both mother and child stay healthy.

A healthy pregnancy can include eating balanced meals, regularly seeing doctors as recommended, taking any supplements a doctor may prescribe, doing exercise that is safe during pregnancy, and staying away from any other harmful substances.