Marijuana is an illegal drug in many places and therefore is often referred to by different street names. It is important to know about the street names associated with marijuana in the event that someone you love is having problems in regards marijuana abuse or addiction.

What are Drug Street Names?

Street names are the unofficial terms used for drugs that are commonly abused. These names are often used by those who abuse and deal illegal drugs. The reason they are used is to protect the activities of the people who deal and use illegal drugs and to make it harder to pin down what the illegal substance may be. It also disassociates the drug with its medical and/or criminal names. Street names rebrand drugs in order to make them sound like something a person would want to do, making them seem more exciting and appealing.

How is Marijuana Abused?

Marijuana is used illegally in the United States more than any other drug. The NIDA states that “its use has been increasing among young people since 2007.” This can be attributed to the fact that people have a “diminishing perception of the drug’s risks.” Though there has been an “increased public debate over the drug’s legal status,” marijuana can still be dangerous, problematic, and addictive, especially for someone who uses the drug every day or someone who began abusing it as a teenager.

Marijuana is often obtained illegally and abused recreationally in both large and small quantities, depending on the user. The more a person uses marijuana, however, the more likely he or she is to get addicted to it.

What are the Street Names for Marijuana? 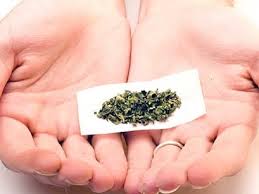 Marijuana has many different slang and street names.

Marijuana, like most illegal or recreationally abused drugs, has many street names. There are many that are common and some that are less so. Here are some of the street names used for marijuana:

The NIDA lists these street names and more, along with the issues caused by marijuana abuse. There are also terms for a marijuana cigarette or other variations, including:

Why Should I Know Marijuana Street Names?

It can be very important to know and recognize these terms, as someone who does not might miss a reference to drugs made by those who do. Because marijuana is still illegal in many states, as well as problematic and even harmful in many cases, you should be aware of your use of the drug and loved ones’ as well. If someone exhibits other signs that point to marijuana abuse and especially addiction, it could be necessary that he or she seeks treatment.