1) It Will Teach You to Fight Your Cravings and Triggers.

2) It Will Make Withdrawal Easier.

Many individuals struggle with the symptoms of marijuana withdrawal, such as “irritability, sleeplessness, decreased appetite, anxiety, and drug craving” (NIDA). It can be hard to abstain from the drug during these times, and many people relapse during withdrawal because of the symptoms. When you attend marijuana rehab, you will likely be given medication to curb some of the symptoms of withdrawal, and the process will likely be less intense and you will have an easier time getting through it. 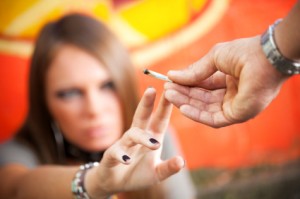 3) It Will Shed Light On Your Abuse Of Marijuana

Marijuana is an addictive substance, but a person normally needs to have been smoking it chronically or have started when they were young to cause addiction (NLM). In many instances, marijuana abuse and addiction go along with other, deep-rooted mental disorders that the individual may not even know about. Some of the common disorders that are concurrent with drug abuse are:

If you attend marijuana rehab and you are suffering from one of these disorders, you will be treated for it as well, making it easier to live your life without the coping mechanism of marijuana.

4) It Will Teach You Self-Monitoring.

Self-monitoring is one of the best possible techniques you can learn in order to stop abusing marijuana. Many people who are addicted to the drug do not realize how much of it they smoke and often do not want to think about it. With cognitive-behavioral therapy, you will learn that self-monitoring is important toward changing bad behavior and you may be able to realize what your current issues are and how best to solve them instead of coping with the use of marijuana. Self-monitoring will also aid you when you have finished rehab and need to stay on top of your own actions.

5) It Can Clear Up Confusion and Help Stop Memory Loss.

The NIH states, “Marijuana makes it hard to remember things that just happened a few minutes ago.” The longer you abuse the drug, the worse this side effect will become until you might actually lose memory and cognitive capabilities that you will not be able to get back. Going into rehab for marijuana abuse can help you gain back your concentration and can protect you from losing more of your cognitive functions.