Many people who use marijuana use it experimentally or intermittently and suffer no ill effects from its use, but, some go on to use it regularly and develop a dependency, suffering withdrawals when discontinuing use. They may relapse multiple times before seeking treatment and until recently, marijuana withdrawals were considered clinically insignificant by the science and medical communities, but, all that is changing.

Marijuana and the Brain

THC (tetrahydrocannabinol) is the main psychoactive compound of marijuana that activates cannabinoid receptors in the brain to influence thinking, pleasure, concentration, memory, sensory perceptions, and motor functions, changing the way they operate over time.

The brain uses these chemicals to control neurotransmissions that make us who we are and what we think, feel, and do. Daily or chronic use of marijuana can have long term consequences and according to the National Institute on Drug Abuse, “Recent discoveries about the inner workings of the endogenous cannabinoid system raise the future possibility of a medication able to block THC’s intoxicating effects, which could help prevent relapse by reducing or eliminating marijuana’s appeal.”

Dependency to marijuana can manifest a variety of withdrawal symptoms when the drug is unavailable. Some people develop psychological symptoms which include cravings for marijuana, decreased appetite, anxiety, depression, aggression, insomnia, strange dreams and other sleep disturbances, irritability, and mood swings. Others have physical withdrawal symptoms of stomach and digestive tract problems, headache, shaking, tremors, chills, or excessive sweating.

The severity and duration of the symptoms are usually in proportion to the dependency levels and attempts to quit using marijuana often result in relapse even after months of abstinence because post acute withdrawals can reappear off and on over several years. 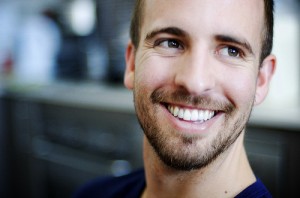 Withdrawal treatment can help you overcome the symptoms of withdrawal safely.

While there are no effective medications currently available to treat marijuana use disorders, marijuana withdrawal treatment can be supported by medications such as the antidepressants nefazodone (Serzone) or fluoxetine (Prozac). Managing ongoing symptoms and preventing relapse is a primary focus of marijuana withdrawal treatment. Oral THC (Dronabinol) has also been used to alleviate symptoms and can be administered with a gradual reduction of dosage amounts.

In many cases, the marijuana dependent person also has a co-existing mental health or substance abuse disorder which can significantly affect the withdrawal symptoms and severity. Adolescents and young adults who have been using marijuana regularly may have cognitive and other behavioral issues that are a direct result of developmental complications from the marijuana abuse and they may be more susceptible to depression, anxiety, and personality disorders that require specialized treatment to manage withdrawals.

Behavioral therapies, support, and counseling in continuum with medication use when necessary have proven the most effective for individuals seeking marijuana withdrawal treatment.