Do I Have a Marijuana Dependence?

Marijuana is a heavily abused drug in today’s society. In fact, it is the “most common illicit drug used in the United States” (NIDA). Many people consider it to be harmless and some do not even know that it is addictive. While the drug can take a toll on a person’s life, just as any drug can, it is also possible to become dependent on marijuana.

What is Marijuana Dependence?

Drug dependence is defined by the NLM as a condition where the user “cannot face daily life without” the drug or drugs. Marijuana dependence occurs when a person feels he or she cannot function without smoking or ingesting marijuana. Usually, these are frequent users who smoke at least once a day. There is also a physical side where a person who becomes dependent on marijuana might experience withdrawal symptoms that are physically evident if he or she stops smoking suddenly. 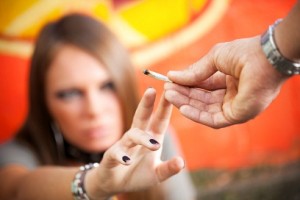 Having a dependence on marijuana makes it harder to quit smoking the drug.

But how do you know if you are dependent on marijuana?

Do I Have a Marijuana Dependence?

The more you smoke, the more likely it is that you might become dependent on the drug. If you are an occasional user, you may not be dependent, but someone who smokes every day may already be dependent on marijuana. Also, if you “perceive [yourself] as unable to stop,” you are most likely already dependent (NCBI). Ask yourself these questions and see how much marijuana affects you in your life.

Marijuana dependence is not an easy thing to stop once started. There is a possibility that you may need professional help from a rehab center or clinic. Consider your options for ending your marijuana dependence and choose the one that is right for you.