Signs and Symptoms of Marijuana Addiction 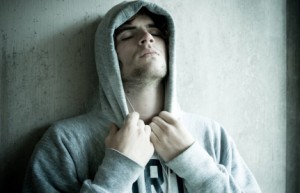 If you are addicted to marijuana you will experience withdrawal symptoms when you try to quit.

Withdrawal is a strong sign of dependence on a drug which, when applied to marijuana, is usually a sign of addiction as well. A person who uses marijuana often will begin to experience withdrawal symptoms from the drug if he or she is suddenly not able to take it. According to the NIDA, some of the common withdrawal symptoms for marijuana are:

A person may also feel cravings for the drug that can last for quite a while. In some cases, detox treatment is needed with both medication and therapy in order to help a person through marijuana withdrawal.

Marijuana, when used often, can cause a person to build up a tolerance. A person who uses the drug heavily and in large amounts will soon find that the same amount will soon not yield the same results. The person will then begin to use more and more of the drug in an attempt to feel the same effects. This is a strong sign of addiction with any drug, and someone who builds up a tolerance to marijuana will likely wind up taking more of drug, only to become more dependent on it.

When a person begins to experience real problems that are caused by his or her marijuana use, there often occurs a clear sign of addiction. If the person does not stop using the drug after these issues come up time and time again, then he or she is truly addicted. An addicted person will usually not hear of cutting back use of the drug, even if the issues are severe. Some of the issues a person might experience as the result of marijuana addiction are:

Some people who become addicted to marijuana and use the drug over a long period of time will experience memory and learning problems. CESAR states that long-term marijuana use limits “the brain’s capacity to store and retrieve information.” The heavier and longer a person uses marijuana, the more chance he or she has of becoming addicted and the worse these problems become.

Someone who is addicted to marijuana will also exhibit different behavior, making the person not act like him or herself. Marijuana addiction may cause a person to stop spending time with people who do not smoke or use the drug and to make different friends who do. The person will also become apathetic toward work, school, and other responsibilities, only interested in getting high.