Who Needs Help for Marijuana Addiction?

Who Could Become Addicted to Marijuana?

Marijuana addiction is a serious issue that does affect many users. According to the NIDA, “Estimates from research suggest that about 9 percent of users become addicted to marijuana.” This takes into account all users but some are especially susceptible to marijuana addiction. These users are:

These people are more likely to become addicted to marijuana and will need help for their addictions.

How Do You Know If You’re Addicted to Marijuana? 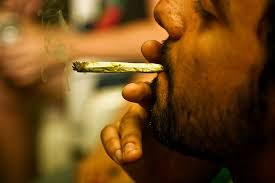 People who smoke despite experiencing negative consequences may need rehab for marijuana.

Marijuana addiction usually comes along with warning signs. Because the drug is more often used recreationally than medicinally, many of the symptoms are those which occur with long-term use.

The people who fit the criteria above are the ones who are most likely to become addicted to marijuana. Chronic users and people who started out young will very likely become addicted after a while, and evaluating yourself can also help you discover whether or not you might need treatment.

People who need help are those who are addicted, and the definition of addiction includes the problem of being unable to stop smoking. The NIDA states that “over time a person’s ability to choose not to [do drugs] becomes compromised, and seeking and consuming the drug becomes compulsive.” These are the individuals who need help: people who cannot stop smoking marijuana alone, even if they want to.

If you feel that you are unable to stop smoking marijuana your own, seek treatment now and get the help you need. Don’t hesitate, as individuals who need help for marijuana addiction should not go without it.